Nicolò Renna at the Mediterranean Games in Algeria

The Trentino athlete Nicolò Renna, grew up in the competitive team of the Circolo Surf Torbole and from these his first Mediterranean Games in force at the Fiamme Oro, Monday will start in Oran, Algeria, regattas on the iQFoil Olympic table, discipline with which a month ago he won the European silver medal. Nicolò, in these first days of acclimatization he was able to try the regatta field with nautical base Les Andalouses, a 30 Km from the city of Oran, location chosen for its waters and perfect conditions, especially for the wind from the West that is dominant at this time of year, hoping to have the same conditions during the event. 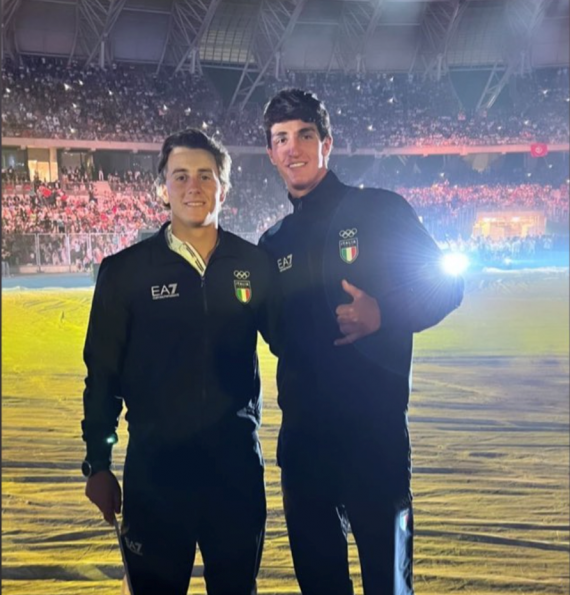 Meanwhile, saturday evening the event officially opened with the opening ceremony of this Mediterranean mini Olympics, involving 26 countries from three continents (18 European, 5 African and 3 Asian): an experience that all champions always remember with great pride and that is part of the sporting growth of many athletes. On the CONI website and on the dedicated italia Team website orano2022.coni.it will be gradually made known the live that will be transmitted, and at the end of the day will be available the highlights provided by the Algerian direction of the Mediterranean Games, hoping to see also the sail with Nicolò concentrated in this new challenge among the iQFoil, together with the other blue called by the Italian Sailing Federation Luca di Tomassi. The podium is within Nicolò's reach, that will surely give the best of himself to add to his sports curriculum already embellished by the youth Olympic silver, another important piece. The Mediterranean Games, the story
The Mediterranean Games were born after the Second World War, from an idea of the IOC Vice-President, Mohammed Taher Pacha. The proposal was presented to the IOC in the 1948. Three years later, from 5 to the 22 October 1951, the first edition of the Games was held, in Alexandria. The Games are held every four years and are organized under the supervision of the Comitée International des Jeux Méditerranéens, from this year chaired by the blue Davie Tizzano, Olympic champion in rowing. From 1993 the Games are organized the year following the Olympic ones, except for the edition 2018 which took place in Tarragona, Spain.