Peter Pan syndrome: It is wrong to chase your dreams? -Evaluate the Peter Pan syndrome: It's just so wrong to try and accomplish their dreams?
Peter Pan the famous fable of the kid who doesn't want to grow, He lives in his magical and enchanted island that there is: (Neverland). Live hours happily ever "without end" with friends, fairies, talking animals, exotic and famous pirates Captain Hook, fantastic creatures and Mukesh. Peter Pan, in history, Despite the love of Wendy, Decides to stay in his Island to live his dream and his carefree youth.
The Peter Pan syndrome is understood as a psychological condition of those who refuse to grow up and become adult. Usually persons suffering from this disorder, are young adults, But even mature adults, who don't want to grow and behave constantly as eternal adolescents. Without rules and liability, Unable to engage seriously in anything that is a hindrance to their carefree happiness.
These are typically individuals with good IQ that aim only to material and immediate gratification, they are egocentric, self aligning, aim only to their fun in this, because there is always time for the future. Difficult to listen to advice or tips. They are unable to do an introspective and critical work always blames others and the lives of their failures.
But despite these behaviors, they have great quality and are very curious, use without realizing it, their true expressive potential that is the unconscious. Do not follow the rules imposed by the company who wants to "homogenise them" all the same to the other, want to always stand out.
Certainly oppressive and overly protective parents had, who, (per troppo amore sometimes) eliminated every possible obstacle in their lives. In a sort of bell jar in which no danger must enter: pity though that they can "go out" and experience. Often their parents are called "snow thrower".

But their skills and abilities are compromised? I would say no! Indeed, Despite the obvious limitations of this type of education, subjects can accept the reality testing if they find their "goal", and very often reveal surprising skill precisely because accustomed to act according to that inner voice "rebel" and a bit "crazy" that makes them capable of important enterprises.
Who for example among surfers, windsurfisti, climbers, etc ... sports in contact with nature, "free and rebels", you haven't heard at least once: "but when you grow up?” 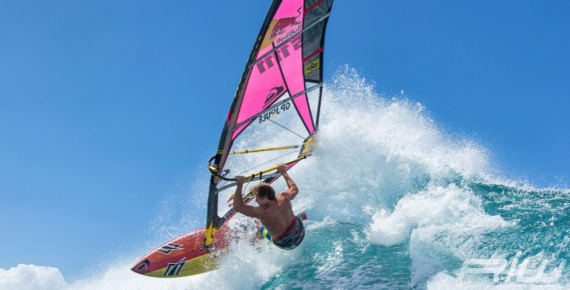 Too bad that these subjects called "rebels" show quality, ability and courage and love and respect nature like no other. They live their size as dreamers, waiting to get into their fantastic dimension where everything becomes possible and achievable. In the rules imposed by the cultures they're tight because they prefer to follow their dreams and so’ grow in their unique discovery, increasing their self-esteem to have accomplished important enterprises, How to surf large ocean waves, or have exceeded their limits.

In their environment the best are considered heroes, esteemed and well-liked by all. So why not accomplish their dreams and make their passion, the love of their life and their choice, a way of life is carefree and happy, looking for a new and challenging job that allows them to remain in their "Neverland"? PS(IT): le foto utilizzate per accompagnare esteticamente questo articolo sono state inserite SOLO per mostrare in azione alcuni “eroi” del nostro sport che hanno realizzato i propri sogni. Ogni ulteriore riferimento e’ puramente casuale e assolutamente fuori dalla volonta’ dell’autore e dei responsabili di RIWmag.
PS(EN): the photos used to aesthetically accompany this article were included ONLY to show in action a few “heroes” of our sport who have realized their dreams. Any further reference is purely coincidental and absolutely out of the will of the author and of the RIWmag responsibles.