Windsurfing in the waves: unconsciousness or awareness?

In more’ a week after the great storm of Cagliari and after its controversy over the web powered by those unfamiliar with our sport and he judged the unconscious 4 athletes Cagliari Michele Citizens, Carlo Ciabatti, Olsen and Francis Chan who ventured into those conditions without any accident ( www.riwmag.com/gli-spanu-in-tv-e-i-ragazzi-di-cagliari-su-facebook/ ), We would like to go back over each other to try to draw some more reflection’ in cold blood while avoiding the emotional involvement of that discussion.
Windsurfing and’ made of several specials, and each specialty’ can’ be practiced more’ or not even under extreme conditions, but and’ windsurfing in the waves what visually and emotionally affecting more’ the collective imagination, both among practitioners that among non-practising.
The combination between wind power and Marine Force expressed in stormy conditions are in the end the ultimate challenge between man and nature, that actually’ born as a challenge but that then becomes necessarily in harmony and harmony, Why’ really all: nature will’ more and more’ strong man and then if the man would remain in a confrontational stance against nature would be the first to succumb. Here's why’ to get to certain levels and’ need to develop a genuine dialogue with oneself and with nature in order to integrate into its energy and become its own form of expression, in order to actively participate in the excitement of such a force but leaving with the flow without countering it just to survive its violence.
In such a scenario where’ the boundary between consciousness and unconsciousness?

To try to answer such a difficult question perhaps we must start from the famous learning curve of windsurfing … curve that as everyone knows and’ very long and slow compared to other sports and glisse and pinching sailboard in a niche sector.
Learning curve so’ long and slow because’ every time the conditions in which they practice windsurfing are different and therefore do not allow the simple repetition of gestures to learn maneuvers, Why’ approximately every 5 – 7 nodes would need a different sail and every 10 – 15 nodes in a different table, Why, aside from a few spots of paradise, still need a car, time and money to move according to the weather forecast … I mean that of windsurfing and’ a sport that requires unusual devotion and that also creates a kind of social exclusion since it’ from all pressed to stay nearby and attend people with a similar rhythm of life fundamentally unpredictable as the wind.
But this very long and slow learning curve actually’ can’ be viewed not only as a limit but also as an added value given that acts as a natural selection and stimulates learning one of the things maybe more’ delicate and complicated for human being: the balance between courage and strength to want to explore something new on one side and humility’ of those who entrust themselves to a force more’ big of if’ on the other. That is the balance between a self-esteem loud enough to give him the confidence to question oneself and humility’ having to be constantly vigilant of the conditions surrounding it so you don't find yourself victim of circumstances.
Certain, the risk that the weather conditions change abruptly and’ sometimes lurking, and err is human nature, but when at stake and’ the security of your life then finding all these balances pushes the windsurfer to ripening from unconscious instincts to some real capacity’ of awareness.
The windsurfer during his sports path, in the continuous search to improve their skills, Learn to see the screening of pleasure at the end of a stage of learning and to calculate the risks to the achievement of its goal, in order to offer the means to learn what’ He needs to calculate and minimize the risks.
In this way progresses while having fun, learning from their mistakes and gradually increasing your self-confidence competing no longer’ against each other but against nature, and then against himself, to turn this challenge into an art form in which there are no more’ reviews but an instinctive physical alignment, psychological and spiritual that eventually can’ be extrapolated from the sport itself and can’ also serve as capacity’ balance to cope then many other difficult situations in life are extraneous to the sport itself. 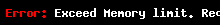 Certain, different windsurfers apply this process differently according to your ability’ and priorities, but one way or another this process is common to most’ or not all practitioners and even those who were practitioners and that for larger forces had to stop but that lead the sport always in my heart!
Here's why’ who does not know the windsurfing or an activity’ of comparable intensity’ and complexity’ is hard to understand what drives some riders to venture under certain conditions.
In preparation we know what means being exposed to aggressive media coverage of social networks and then express our total support for 4 athletes from Cagliari, but we also want to express our congratulations for having been able to transform this unforeseen situation and unfavorable in a victory of the sport of windsurfing in which have been able to explain to the uninitiated what does it take to get to certain levels and that theirs was not a manifestation of consciousness but of extreme awareness!

At the same time we must not forget that pushing more and more’ your limits is reduced physiologically and drastically the threshold between safety and danger, between consciousness and unconsciousness whereby most errors’ little ones can lead to consequences more and more’ serious risk rate more and more’ high. Not’ was this the case of 4 athletes Cagliari but for completeness of speech and to make a concrete example and P. , RIWmag Manager, shares her lived experience a few years ago that has touched upon really the size of a tragedy: “in February 2013 I found myself in the water at Coudouliere (Toulon – France) with 50 I think up to gusts and media nodes 60 nodes. The waves weren't particularly huge but the water traveling at a speed’ It looked like a raging river. After a while’ that I sailed, at one point I was assailed by a real feeling of fear, thing that really happens rarely. Although they were still in a dangerous situation I realized that for a nothing outside of my control I could really endanger both my gear that my life. And so’ I decided to return immediately to the ground although with a bad taste in my mouth. When I left to go home came the firefighters sirens.
The next day I read on the web that a windsurfer was finishing against the pier of the port and that its 3 friends were thrown into the sea to help him ending up like this’ also in danger. Any way he could get into the sea to help them: the 4 friends we had about an hour of exhausting attempts before managing to escape and two of them were then treated for hypoglycaemia and hypothermia: 34,8 and 35,2 degrees of temperature! In hindsight I realized that that day I learned to distinguish between my ego that was left with a bad taste in my mouth and he would have liked to stay longer in the water because’ in danger in fact still wasn't there and my instinct that the danger had warned him and how, very close, and had it been able to skillfully avoid! In fact, if I hadn't listened to the latter most likely I could find to make company to others 4 unlucky riders. But even after metabolized such an experience I don't think you become immune to certain dangers, Indeed, in reality’ I believe that in such conditions’ extreme exercise is really the train your instinct and know that distinguish, moment by moment, from your ego. Easy to say but never so’ obvious and simple to do even after several experiences!”

The Salgado on TV and kids of Cagliari on facebook
January 23, 2017